July 24, 2021, marks the 41st death anniversary of legendary West Bengal film actor Uttam Kumar, who is commonly dubbed as the Mahanayak (the great hero). It was a long tradition of fans to gather at his Kolkata residence to pay homage to the Mahanayak whose birth name was Arun Kumar Chatterjee.

Due to the ongoing pandemic, his family members have discontinued the tradition, since last year.

Gourab Chatterjee, Uttam Kumar’s grandson told Indian press outlets, “From July 1, people have started asking whether they can visit our house on July 24 but we couldn’t help but ask them not to come.”

“We had to take this decision as avoiding crowds is equally of prime importance now as the virus is still there. This year too we’ll spend Dadu’s death anniversary in a private way,” added Gourab.

The Report’s Showbiz team has compiled 10 unknown (or less known) facts about the Mahanayak marking more than four decades of his demise. 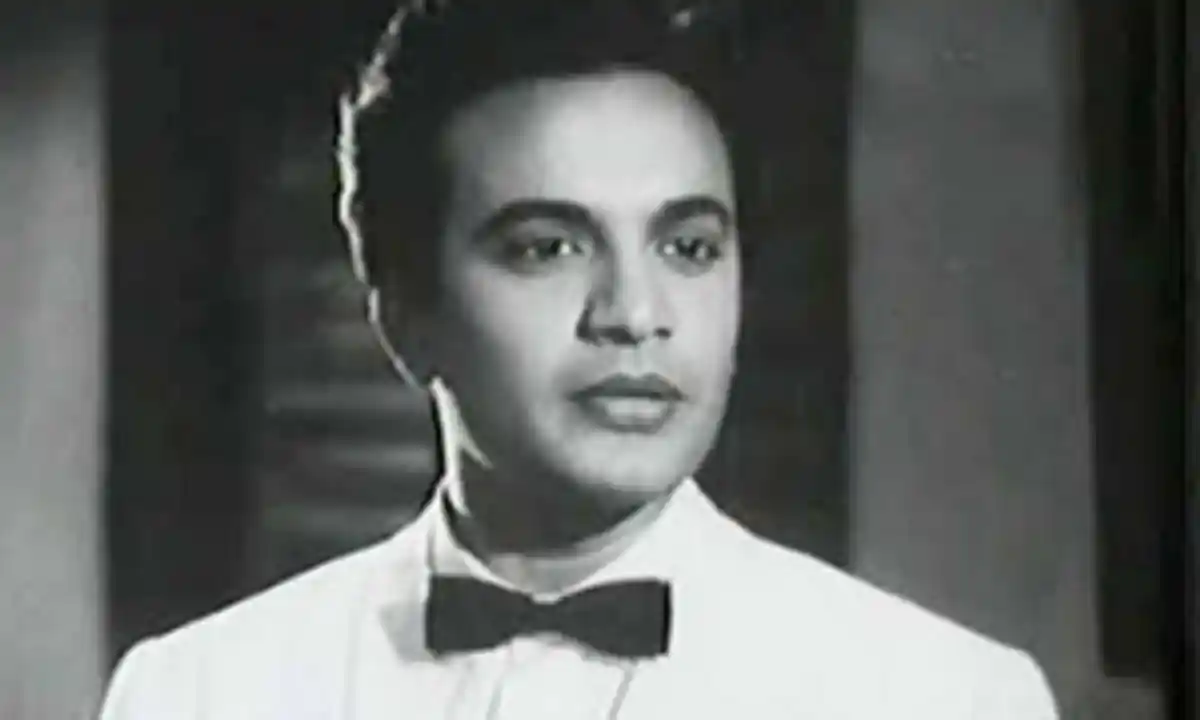 01: Most of his early films were flops

Uttam Kumar's first few films tanked at the box office, and he decided to move on with a – then lucrative – career as a Calcutta Port Trust clerk.

However, Arun Kumar’s family had a rich theatre culture at home and his sisters convinced him to get back to films.

He starred in more than 375 films, averaging almost 11 films each year. He had the pleasure to act opposite almost every major heroine in his period including Sabitri Debi, Madhabi Mukherjee and Aparna Sen. 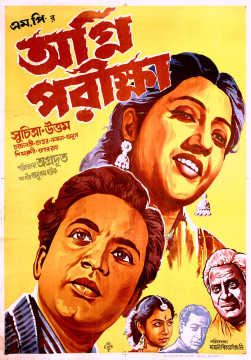 02: Controversy with the ‘Agni Pariksha’ poster

The on-chemistry between Uttam Kumar and Suchitra Sen left every Bangali during their heydays.

Their 1954 romantic hit ‘Agni Pariksha’ and its poster had a controversial caption. The film’s marketing team went with the cheesy caption of  “‘Agni Pariksha’ is the witness of our eternal love.” One of his classic hits ‘Anthony Firingee’ was actually inspired by Madan Bandhopadhyay’s famous literary work ‘Kobiyal Anthony Firingee’. This film was one of the best works by film composer Anil Bagchi.

The musical drama was based on the life of a Portuguese named Hensman Anthony.

Anthony (starred by Uttam Kumar) came to India and made Bengal his home the Bengali folk songs and traditional music changed his life forever.

Anthony started to believe that Bengal was his motherland. He even married a Hindu widow Nirupama (Tanuja). His wife was burnt to death by orthodox Brahmins because Antony was planning for a Durga Puja which was termed blasphemy then.

The film was well-received by both the audience and critics. 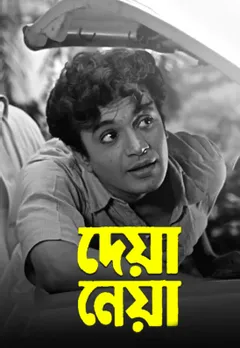 It was his debut film as a film producer and also was the music director of the classic film. 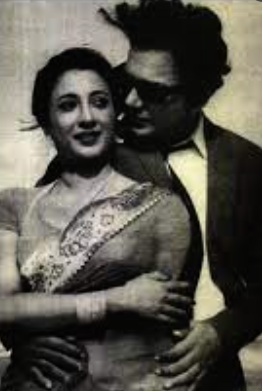 In 1972, the legendary romantic duo, Uttam Kumar and Suchitra Sen were shooting for a dance sequence in Chandipur of the film ‘Har Mana Har.’ The film was directed by Salil Sen.

Media speculations said, during an on-set conversation between Suchitra Sen and Uttam Kumar’s wife and famous actor Supriya Devi, Suchitra in a light note asked Supriya if she is feeling jealous to see them dancing. Media reports suggest that Supriya Devi promptly replied she had seen more romantic scenes like these many times on the big screen. So it felt very normal to her. 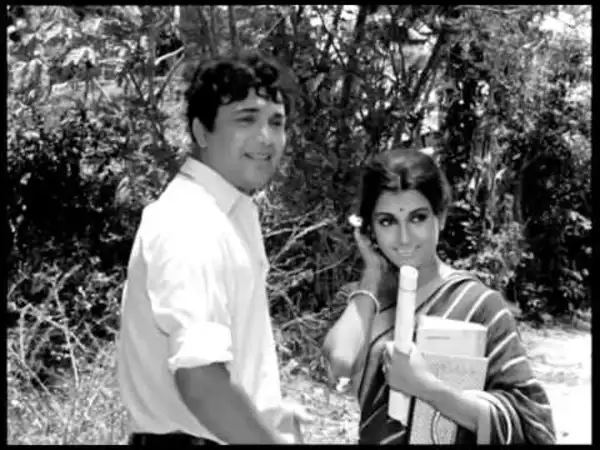 Bangali film enthusiasts might not know that Uttam and Aparna was a very commercially successful on-screen duo. ‘Memsaheb’ (1972) is touted to be Uttam Kumar-Aparna Sen jodi’s one of their best films.

The charismatic pair first appeared in ‘Aparichita’ (1969) directed by Salil Dutta. Among the 12 films in which Aparna Sen and Uttam Kumar appeared together, 10 turned out to be Box Office hits. 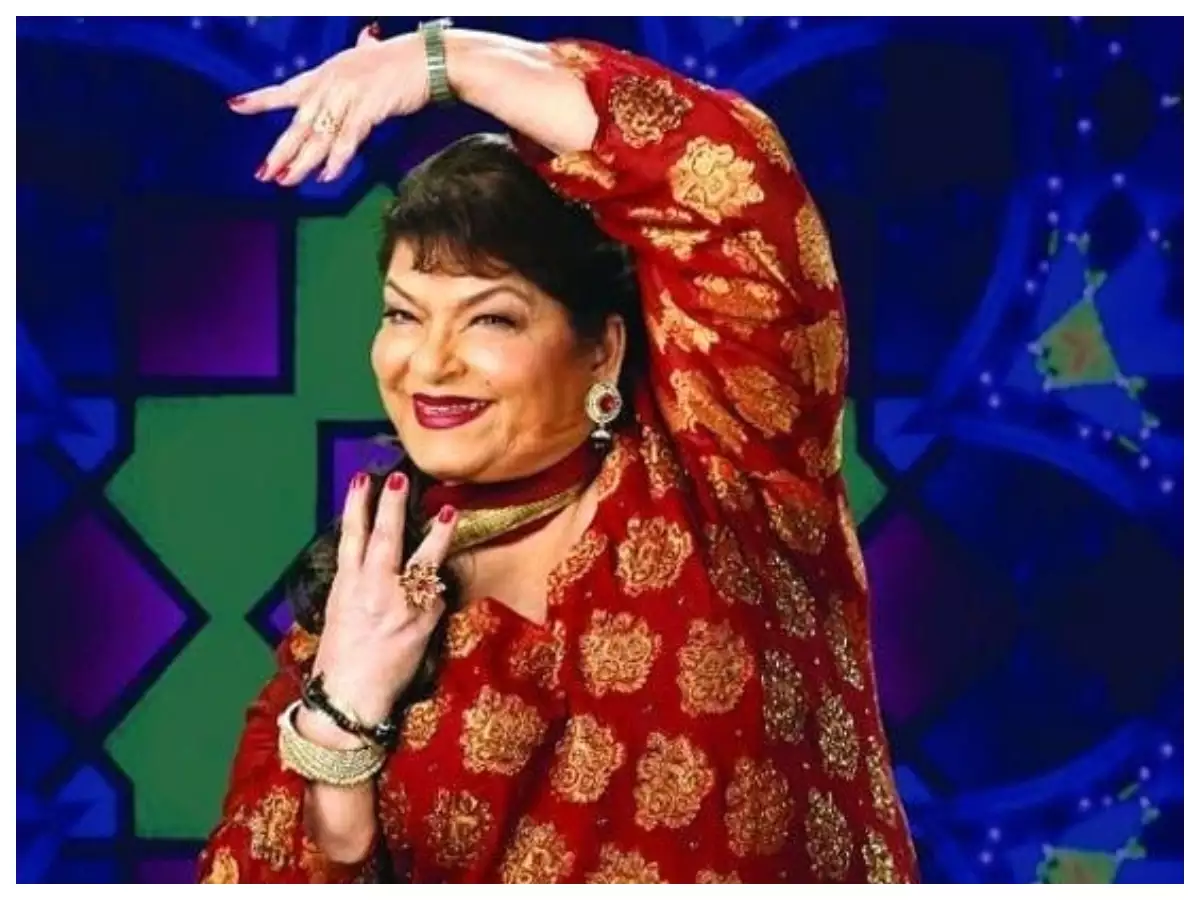 Recently demised famous Bollywood choreographer Saroj Khan once came to Kolkata and was hired to work for a song in Uttam Kumar’s 1961 hit ‘Sathi Hara’.

But unfortunately, the Mahanayak was down with a fever that day and was absent on the sets. So, an excited Saroj missed the chance to work with the legendary actor. The film’s team, later on, made different arrangements. 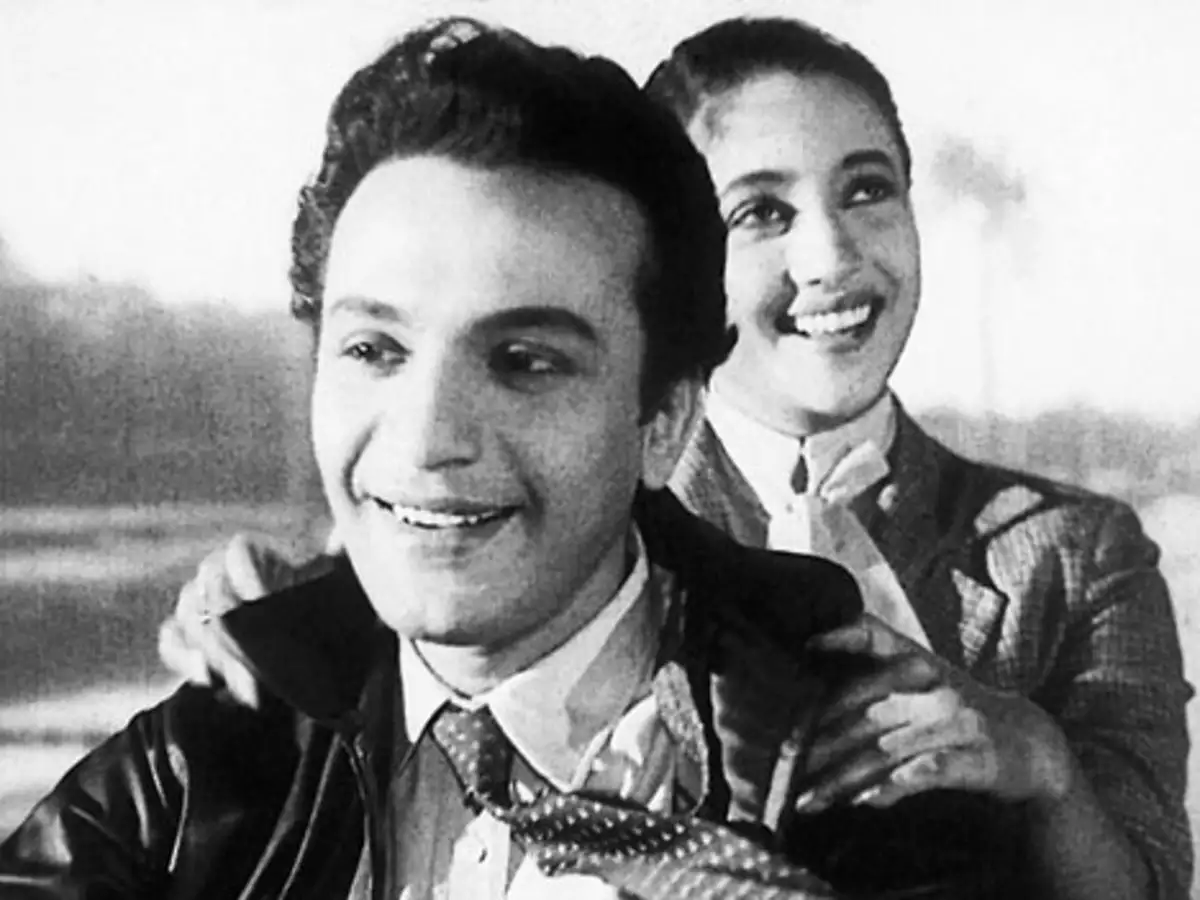 ‘Saptapadi,’ a film about the doomed romance of a Bangali Brahmin boy and a Christian girl, had the iconic bike scene and featured Uttam and Suchitra. This film was almost stopped from hitting the theatres as wild rumours suggested that a conspiracy was being staged to stop the shooting.

As both were at the height of their silver screen fame a portion of the industry leaders allegedly tried to convince Suchitra Sen that she will be overshadowed by Uttam Kumar if she shares the screen with him and tried to convince her to drop the project.

But the rest is history. The immortal 1960 hit was scored by the legendary Hemanta Mukhopadhyay. ‘Saptapadi’ turned into a classic among film lovers. 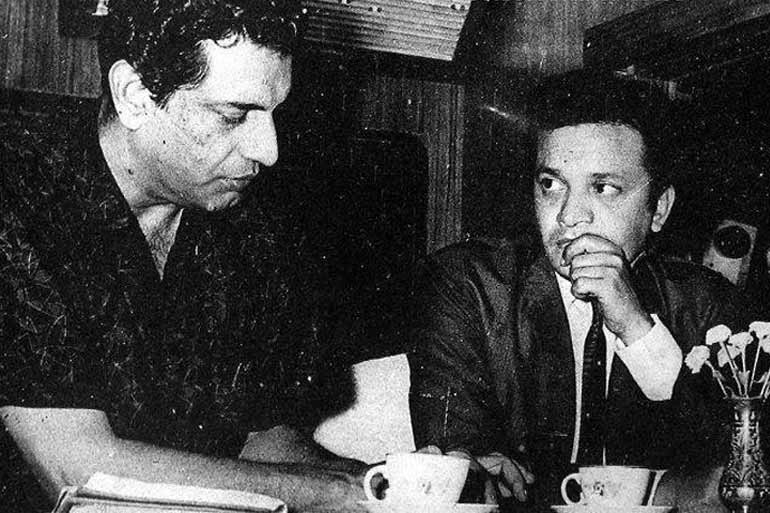 Oscar-winning Bangali filmmaker Satyajit Ray was once turned down by the Mahanayak. He did star in Satyajit Ray’s ‘Nayak’ and ‘Chiriakhana’ in 1967.

Interestingly, Ray wanted to cast Uttam in ‘Ghare Baire’ back In 1956.

However, Uttam Kumar rejected the offer politely as it seemed a negative role for an already established star. 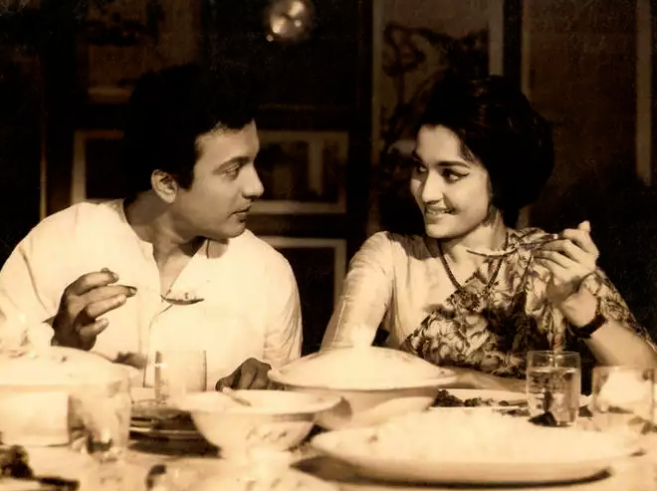 10: Uttam Kumar and Asha Parekh starred in a film

It didn’t release due to financial problems.

Uttam Kumar was known to be a workaholic. He was rumoured to have said that his preferred demise would be on the floor of a studio, doing what he loved best: acting.

While filming ‘Ogo Bodhu Shundori’ in 1980 Uttam Kumar suffered a stroke and was admitted to the Belle vue Clinic.